When the video of Freddie Gray’s arrest went viral and the news of his death reverberated throughout the streets of Baltimore in late April of 2015 it was clear that before things got better they were going to get worse. Community organizers and city officials struggled to stay on top of the growing discontent of the Black community and those who sympathized with their pain and suffering as the protest of Freddie Gray’s death grew. When protests turned into violence and outrage things really became intense. With the swift action on the part of the Baltimore City State’s Attorney’s Office in the charging of the officers involved in Freddie Gray’s death and the violence subsiding, most of the nation returned to business as usual. But, for a generation of Baltimore City youth their lives have been impacted and changed forever by the 2015 “Baltimore Uprising.” Sitting in my office I thought back to my youth growing up in Newark, NJ during the 1967 riots. I remembered seeing the tanks rolling down the streets and my mother telling me to stay away from the windows. I was too young to realize all that was going on but those images helped shape my view of my city and where I fit in the world. So, I thought what could we do at The William J. Watkins, Sr. Educational Institute, Inc. to help Baltimore city’s youth deal with their experience in the 2015 Baltimore Uprising? How could we contribute to making this experience a positive one and how could we contribute to the healing process?

Our mission at the Watkins Educational Institute is in the service of those who are under-served and under-resourced. Thus, we endeavored to provide additional resources from an educational standpoint to help the city’s youth move forward. So, we established a partnership with the Reginald F. Lewis Maryland Museum of African American History and Culture and the Maryland State Department of Education to create a mini-unit to supplement the MSDE’s African American History curriculum. The goal of the three lesson unit is for students to create solutions to the issues that caused the unrest. The lessons focus on three questions: what were the causes of the uprising, what actually happened during the uprising and what can be done to move the city forward in the aftermath of the uprising? The most important outcome of the unit is for students to participate in developing and implementing solutions to the issues that lead to the unrest and to be part of the problem solving process. The projects they create will be highlighted during the Lewis Museum’s Martin Luther King, Jr. birthday celebration in January.

Along with our writing of the unit we conducted a professional development workshop hosted by the Lewis Museum’s education department with the support of its Director Dr. Roni Jolley and Coordinator Terry Taylor as well as the MSDE’s liaison Rose Wiggins. Twenty five educators from throughout the Baltimore metropolitan region attended. They were treated to a tour of the Devin Allen exhibit on the Baltimore Uprising “Awakenings in a New Light,” on display in the Lewis Now public space. There was a very lively and  informative public forum with mayoral candidate Senator Catherine Pugh, activists Kwame Rose and Makayla Gilliam-Price along with community organizer Paulo Harris and David Guzman, principal of Mathew A. Henson elementary school in west Baltimore. The afternoon session was devoted to presenting and practicing the activities in the lessons in the unit. The unit is available to the public online at our website as well as the Lewis Museum and the MSDE. We are continuing to work together with the Lewis Museum and the MSDE to get this valuable resource in the hands of as many educators as possible. Look for more on this in the future. 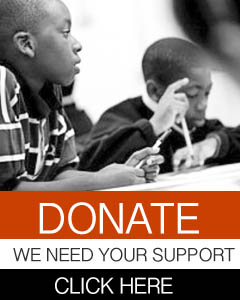 Tweets by @WatkinsEducate
Go to Top